We are in the brimful of Sicily, well rooted in its lands, layers of history, layers of emotions and of flavours. Nevertheless we are far away from the stereotypes that pertain to this most fertile Italian island, well known for its strong and distinctive wines. Lauria wine weaves a family tradition that has lasted for generations in a contemporary and sought wisdom in the art of making wine. It comes from a deep and thorough knowledge of the Sicilian lands, but also from the creative ability to reach excellent combinations (and never dared) between the grapes. Towards balance and lightness, beyond the insistence of certain aromas that are too typical of the wine of Southern Italy.

At the heart of the company Vito Lauria who, graduated University with a degree in Enology and Viticulture, gets from his domestic “know-how” as to the value of his specialization: the safekeeping that his grandfather had for his wine, which are now updated into a careful, organic, conscious production able to meet varied, international and evolving tastes.

Clayey soil for the reds, calcareous soil for the whites, sweet and breezy hills around Alcamo, not far from Palermo. Lauria wine is the result of an enamoured gaze towards one’s land, to explore and to reinterpret its richness and peculiarity. A look that goes beyond the rhetoric, to find products that are innovative and genuine.

The Grillo vineyard, whom gave birth to the famous Marsala, has always grown on flat, warm and placid lands around Trapani. Its recent “migration” towards Alcamo (50 kilometers west of Palermo), and its happy arrival to the hills – the heights of 600/700 meters facing north – marks a pleasing evolution of its fragrance. More citrusy and fresh, both on the nose and on the palate, golden with curious greenish reflections intriguing to the sight, the Grillo perfectly expresses the meeting with these new lands of Sicily bringing with it the tropical aromas of pineapple, the slightly sour zest of grapefruit, and the aromatic herb of sage and mint. 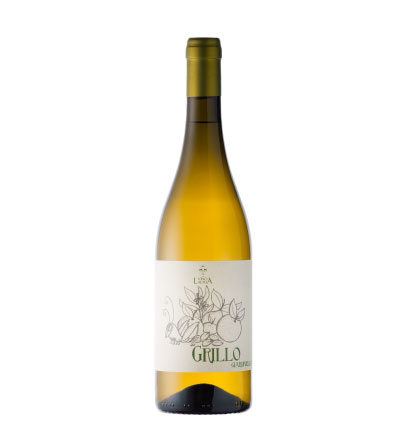 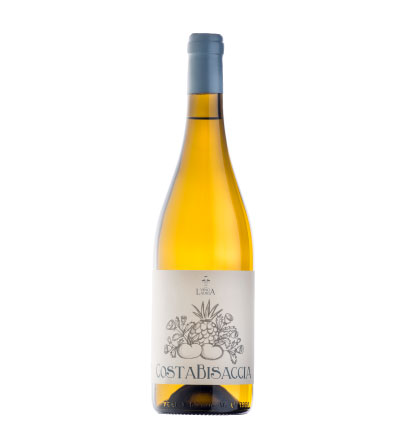 Costabisaccia is a 30-year-old vineyard exposed to the north, in the hills surrounding Grisì,situated 600 meters above sea level, it gives a wine of great balance, savory and long-lived among the best expressions of catarratto, a wine never easy to “tame”.

In its name is the colour of the white lands of which it “grows”, alienated and wavy stretch of calcareous soil where the Catarratto vine thrives, amongst the most typical and mainly used in Sicily. To these grapes, a touch of Zibibbo is approached with intelligence and discretion to the Fontane Bianche wine. If the Catarratto, son of poor and calcareous soils leads to a subtle wine, with a slight hint of bitter almond, the touch of Zibibbo slightly sweetens it and makes it delicate. The result is fresh and light. 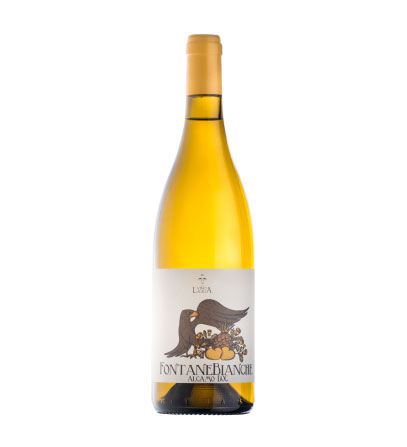 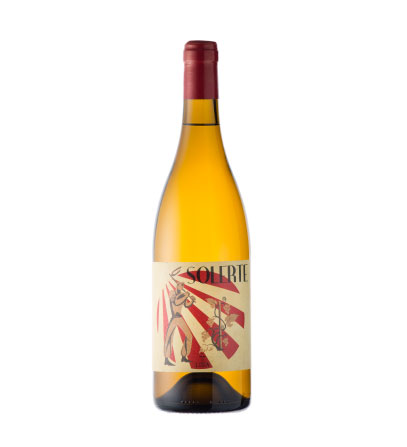 The making of the dry Zibibbo wine has started not too long ago and only by a few. Vito is part of the few. His Solerte, is a result of “elegant” grapes grown in calcareous lands around Salemi, it is a very aromatic, floral wine but never cloying. It is a natural wine, like Alacre, with which they share the fate of a curious denomination, perfectly in line with the playful tone of the image of Lauria wine. From the fantasy of the names to the design of the labels, up to the smile of Vito’s face printed on top of the capsules.

The “feminine” version of the Zio Paolo – to the point where Vito sometimes pops up with the charming idea of renaming it “Auntie”- , it comes from a white vinification of the Nero d”Avola that gives birth to the “Uncle”. “Feminine” to mean light, fresh and perfumed. Typically pinkish color, brings to itself the delicate aromas of strawberry and cherry. 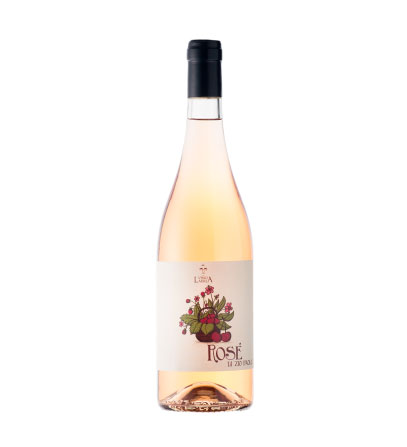 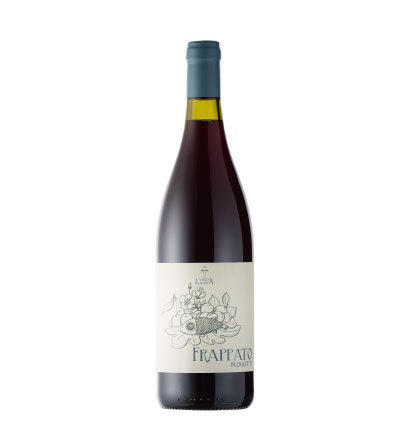 It could be called the “foreigner” among the Lauria wines, even though by a bit: the only one that doesn’t “grow” around Alcamo, but nourishes of Sicilian sandy lands, not very distant from the beaches of Scoglitti, in the area of Ragusa. It’s from these “lean” lands which it owes its attractively weak color and its lightness. Of rare grapes that at one time were cultivated only to eat, known in the past as the wine of the royals, “speaks” of cherry, aromatic herbs and white pepper. Summer is its season.

The nerello mascalese produced in the west of Sicily is always awe and curiosity, but up to 40 years ago it was the only red grape variety found in the area! Characterized by a less rough tannin than the “cousin” of Etna, it has greater freshness and aroma thanks to specific vinifications for its characteristics. 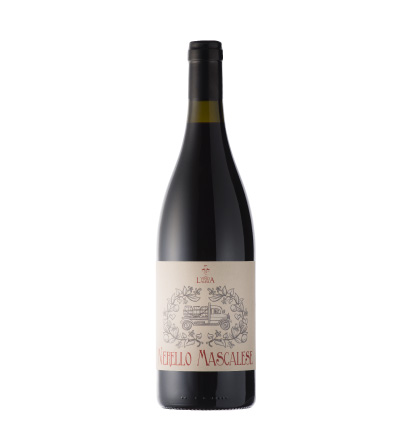 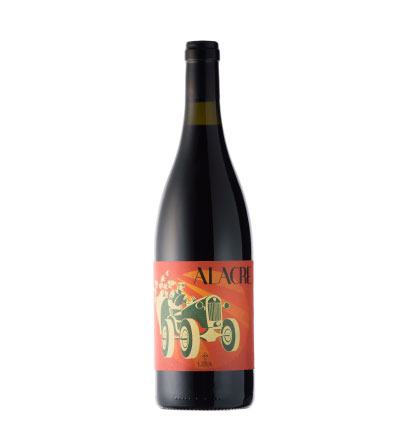 Among the Lauria wines, the most structured wine is the Alacre that ages for one year in raw wooden barrels (of oak), thus gaining in maturity. Nero d’Avola is the grape – that grows strong in soils that are very clayey – nourishing from it intensity and complexity. Intense red in color, it is characterized for a balanced acidity, brings pleasant “signs” of macerated fruit and it benefits, individually, from its slightly aggressive tannins.

The progenitor of the Lauria wine family. Zio Paolo is the first wine that Vito has chosen to make and it takes its curious name from the vineyard – of wide and flat land around Alcamo is at its origin. A (100%) Nero d’Avola that, unlike the Alacre, also of the same grape, is less complex and more fresh on the palate. Very fruity on the nose, bears notes of strawberry and wild berries. 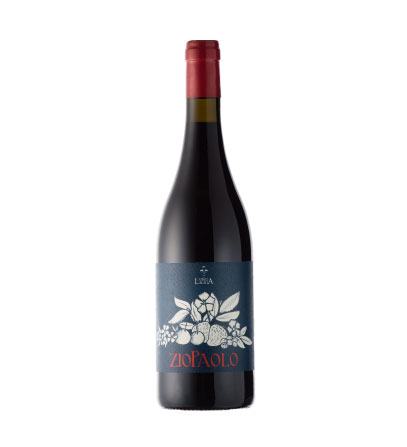 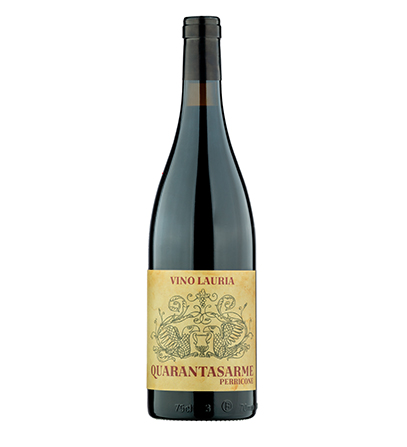 In the lineup of Vito’s wines, this wine is in a class of its own, the rarest and most precious. It is born from the careful monitoring of 40 sarme of Perricone (quarantasarme), an ancient system of measurement in Sicily which equates to about 80 hectares, that lie between Alcamo and Campo Reale. Vito watches this area closely every year and when he notes a vineyard that has achieved the perfect maturity to produce the grapes he needs for this wines he chooses to vinify them. The result is pleasing and austere: an elegant red wine for refined palates.

By name and by nature. It is the wine that is mostly tied to the Lauria family history and is renewed in a perpetual cycle that has lasted since 1978. It was then that Vito’s father closed it in its first barrel, the same barrel from which it draws each year for its new vinification. Full of memories and sweet aromas, the Perpetuo is a wine served at the end of a meal. It’s amber color, a slight shade of chestnut with notes of almond and carob. 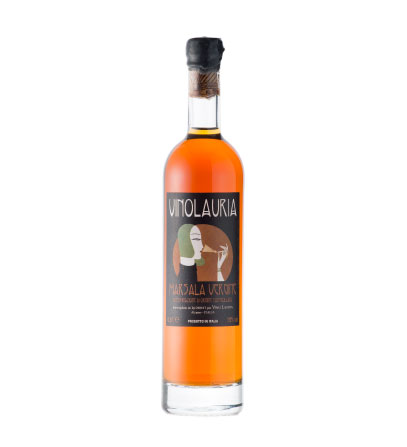 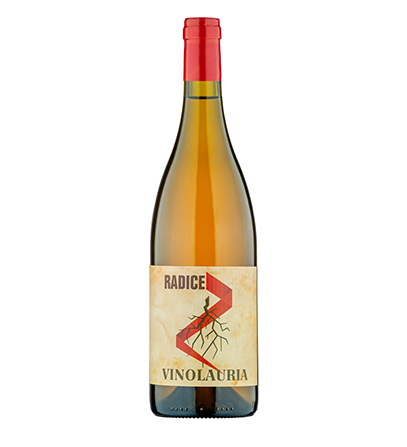 A wine made from a 30 year old vineyard situation at 600msl on the northern face of Monte Bonifato. The 15 days it spends on it skins gives the wine it’s structure and allows it to age very well.